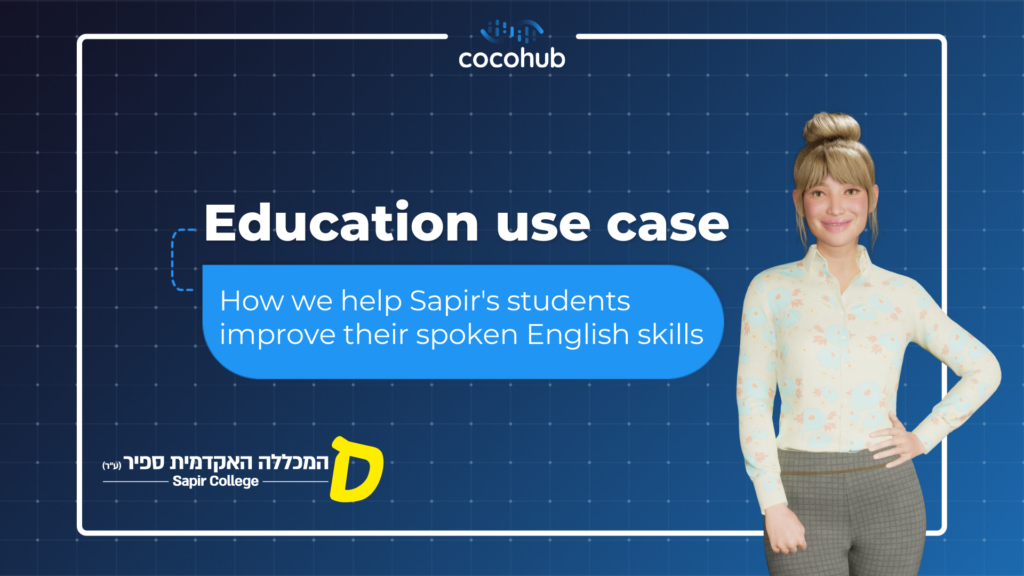 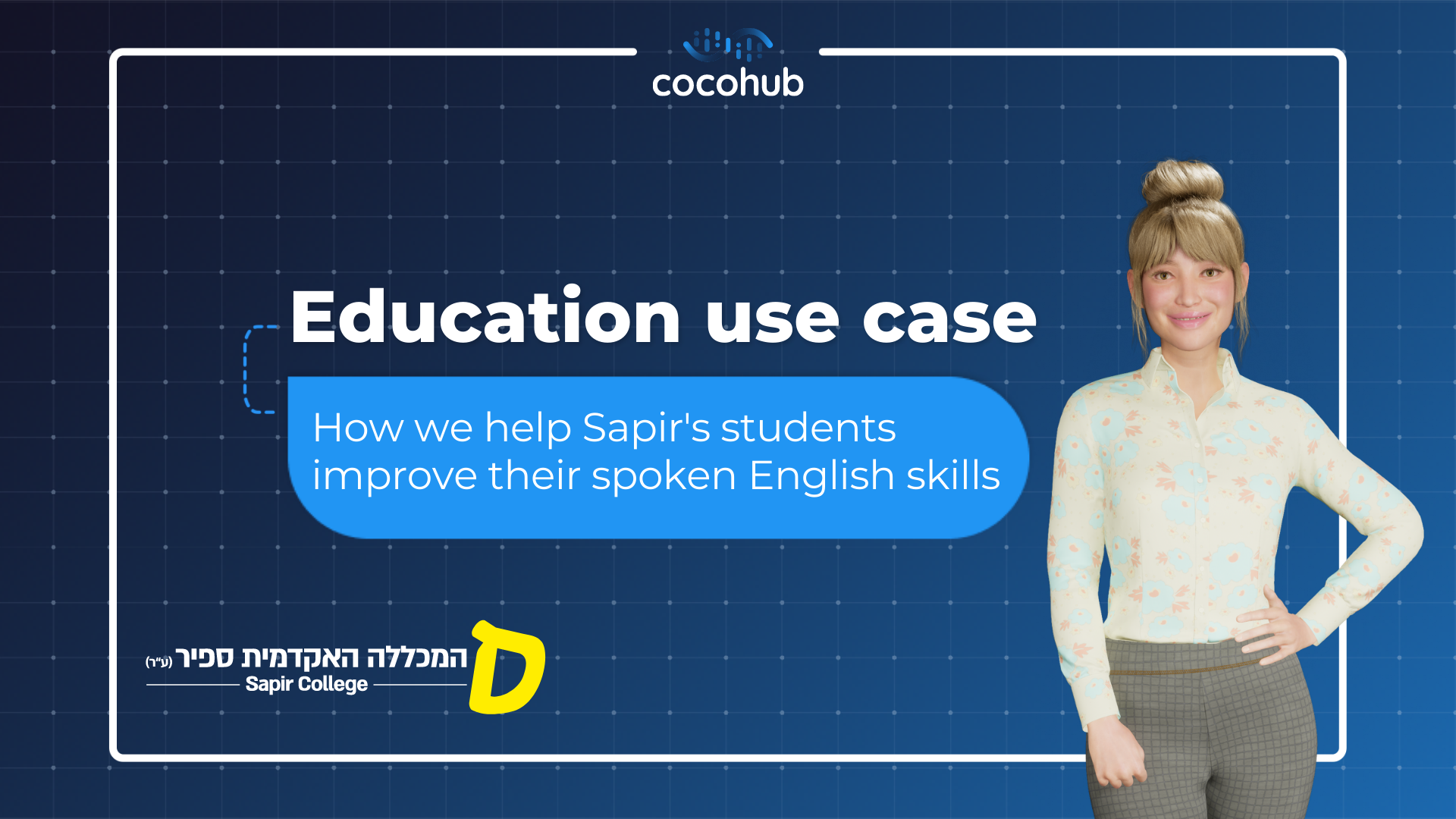 As Israel becomes a hi-tech powerhouse, a hub for dozens of global unicorns and major companies, one of the key strategic goals defined by the government is to prepare more available workforce. Yet, one barrier is crucial. As it turns out, not enough Israelis are fluent in spoken English. Pitching, presenting, negotiating, meeting – all of these are much tougher when your spoken English isn’t good enough. However, there are solutions – one of them is using our virtual humans.

Recently, we had an opportunity to validate our assumptions. So we’ve partnered with Sapir Academic College – Israel’s largest public college – to take the next step.

Meital Regev is the head of the English for Academic Purposes (EAP) program at Sapir. We met virtually, then decided to have a pilot with three students – Evyatar, Noy and Omer who had to present a research project in front of the class. Since Preston, our virtual teaching assistant, is already experienced with this kind of simulation, we taught them how to build a virtual assistant, then instructed them how to use it. Then they practiced with the virtual human over a two-week span.

Following the testing phase and after their presentation – here’s a summary of the pilot.

Warming up to the experience

“The best aspect of the virtual human for me was the ability to practice anytime, anywhere,” said Evyatar. “I can practice my spoken English without fear of making a mistake or getting confused. For people who are shy or afraid to speak – that’s a huge advantage.” Another advantage was the fact that Evyatar, as well as Meital, got a written transcript of the conversation at its conclusion. “The transcript part was huge. In general, the experience raised my confidence level. It was a blast, and really helpful.”

Noy was impressed with the virtual human’s visual side, too. “The avatar reacted wonderfully to what I said.”

Read more about us:

What still needs to be done

On the challenging side, turns out that seeing the conversation’s backend was a bit deterring. Turns out that the students also entered the back end of the platform and tried to recreate the flow on their own, but the process didn’t feel as intuitive as we hoped.

Luckily, the solution is already available. We’re expanding our range of templates, to minimize friction for our end users. As a result, the next batch of students will be able to use the pre-built conversation without accessing the platform.

In conclusion, Sapir College and Cocohub are going to keep this collaboration going. Meital and our team decided to expand it for the summer semester, for a larger group of students. This time, as we plan to move forward with each pupil and student, they’ll get a link to the virtual assistant for conversations, without having to build anything. Also, we’ll go for pre-defined metrics to measure the students’ success and improvement in Spoken English, before speaking with the virtual assistant – and after practicing.